Levels of Organization and Divisions of the Abdomen

Welcome to Lesson 2 on an Introduction to Anatomy and Physiology

Levels of Organization and Divisions of the Abdomen

By the end of this lesson you will be able to:

1. Identify the levels of organization of the human body

3. Identify the 4 quadrant and 9 region system for describing locations of anatomical structures

Coronal plane-plane dividing the body into anterior and posterior sections

Transverse plane-plane dividing the body into superior and inferior sections

Epigastric–term that means above the stomach

Umbilicus-the naval which indicates the center of the abdomen

Hypogastric-term meaning below the stomach

Here are the levels from lowest to highest complexity:

A plane is a 2 dimensional object that can divide the body into 2 sections. Anatomical planes are used for studying slices of the body. For example, magnetic resonance

imaging (MRI) can “slice” the body into sections to look for abnormalities.

The anatomical planes divide the body in various ways.

The sagittal plane divides the body into right and left sections.

Abdominal divisions are used to describe the locations of pain, injuries and abnormalities in the abdominal area.

There are essentially 2 ways to divide the abdomen which include the 4 quadrant method and the 9 abdominal regions method.

The 9 abdominal regions are a bit more complex.

Four planes are needed to divide the abdomen into 9 equal sections. There are 2 parasagittal planes (sometimes called lateral lines) and 2 transverse planes. The superior transverse plane is called the transpyloric plane and the inferior plane is called the transtubercular plane. The center of the 9 regions is the umbilicus. The 3 superior regions are the epigastric and right and left hypochondriac. The middle regions are the umbilical and right and left lumbar.

The lower regions are the hypogastric and right and left iliac or inguinal.

Study the anatomical planes and abdominal divisions in the image below: 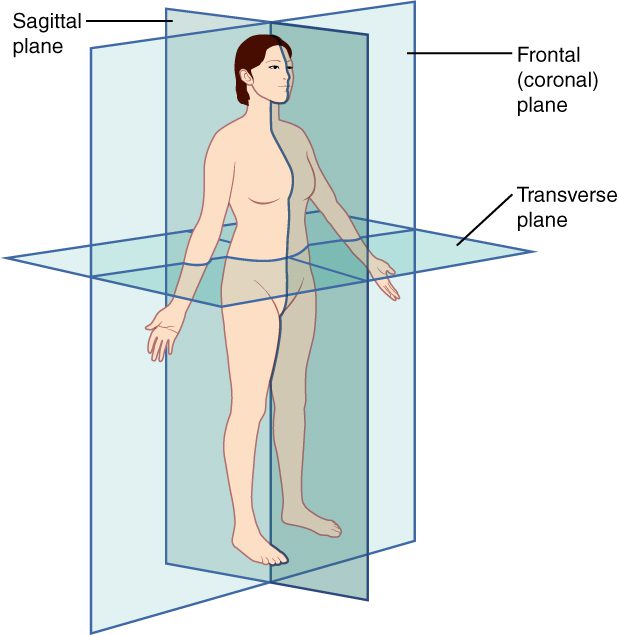 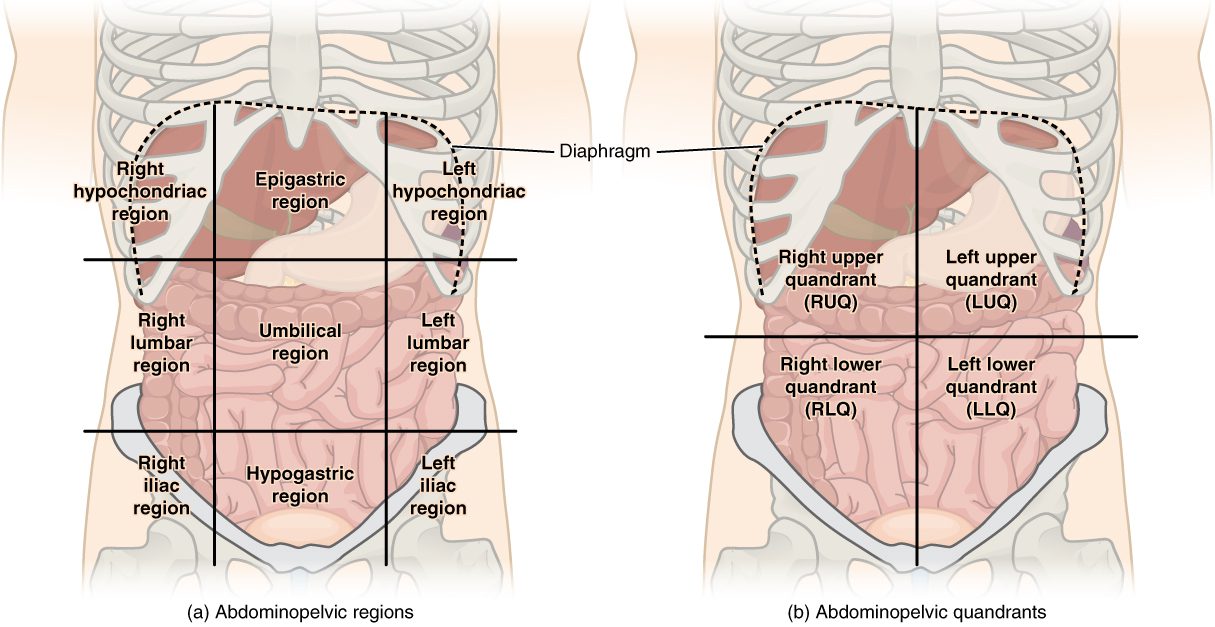